What do you admire most about your partner?

Airin: I admire his ability to really commit to things quickly, with both feet in, full steam ahead. It can drive me crazy at times because I like to do lots of research, weigh pros and cons, really dig deep and read the fine print lol so he balances me out and when we don’t drive each other crazy, we are one hell of a team.

Nico: I admire how true to herself she is. She sticks to her beliefs while remaining open minded, but she will stand her ground and fight and protect those she loves. I can sometimes get carried away with external opinions and she helps me stay grounded and reminds me to be myself regardless of what others might think.

WHERE AND WHEN DID YOU FIRST ACTUALLY MEET?

Airin: We met on Friday, November 18th, 2016. My friend from work was pregnant with her first baby and she was freaking out about never being able to party ever again in her life lol so she asked me to go out with her one “final” time for Latin night in Peterborough. I agreed and we got ready at her place. Then, she told me her husband had gone out drinking with his boss and some work friends because the boss was getting divorced and he was buying everyone drinks to drown his sorrows. So we swung by McThirsty’s to pick him up. When we arrived, one of the work friends my friend’s husband was with was Nico, and he had me the second he spoke and I heard his French accent. In his retelling of events, he says I was giving him crazy eyes LOL In my opinion I was just trying to seriously ignore his other friend who was hitting on me when I wasn’t really interested in him but in Nico. AND Nico invited himself to come along to Latin night—where we danced a lot—and then he walked me home like a gentleman. He did get a goodnight kiss and the rest is history.

WHEN DID YOU KNOW THAT YOUR PARTNER WAS THE ONE? DETAILS PLEASE!

Nico: I always knew from day one. I was so comfortable with her from the start. I really felt like myself and knew she was going to make me a better version of me. And when we met, I was so honest she may have gotten scared very early on and she didn’t. She has stuck by me through so many things. I know she’s the one for me.

Airin: I think I knew it was very serious when he took me home to meet his entire family in France when we were just dating 5 months. And then, my parents came to live with us in 2018 and we had just been dating 2 years. He could’ve literally bolted—because who wants to live with their in-laws in a rented apartment with 1 bathroom for an extended period of time? I knew that he had taken the time to understand where I came from, and the hardships Venezuela has endured, and he knows how hard it can be to immigrate totally alone without family to a new country, adapt, overcome and build things from scratch…He sometimes describes us as though he is the impulsive one and I am the calm one, and I see it as I am the intense one and he is the one who makes things lighter. He is the one for me.

HOW AND WHEN DID THE BIG QUESTION GET POPPED!?

Airin: He popped the question on July 14th, 2021! We went out to dinner at Kettledrums, downtown Peterborough, and had an awesome meal. Little did I know that he had enlisted my mom + dad and his mom (who was visiting us from France) to decorate our screen porch so that when we got back to the house he could propose! On the drive over he distracted me by asking me to look at something at the neighbour’s house so I wouldn’t see the decorations, and then when I got out of the car my glasses actually broke out of nowhere LOL so I wanted to go inside to fix them with crazy glue and he was like, “Mmmmmm no, let’s take the outdoor stairs for a second” and then Bam! Everything was so pretty—he had asked our parents to move all our indoor plants out so it looked like a mini jungle—and he proposed! Oh and he proposed with a ring pop! Then we picked the ring together. 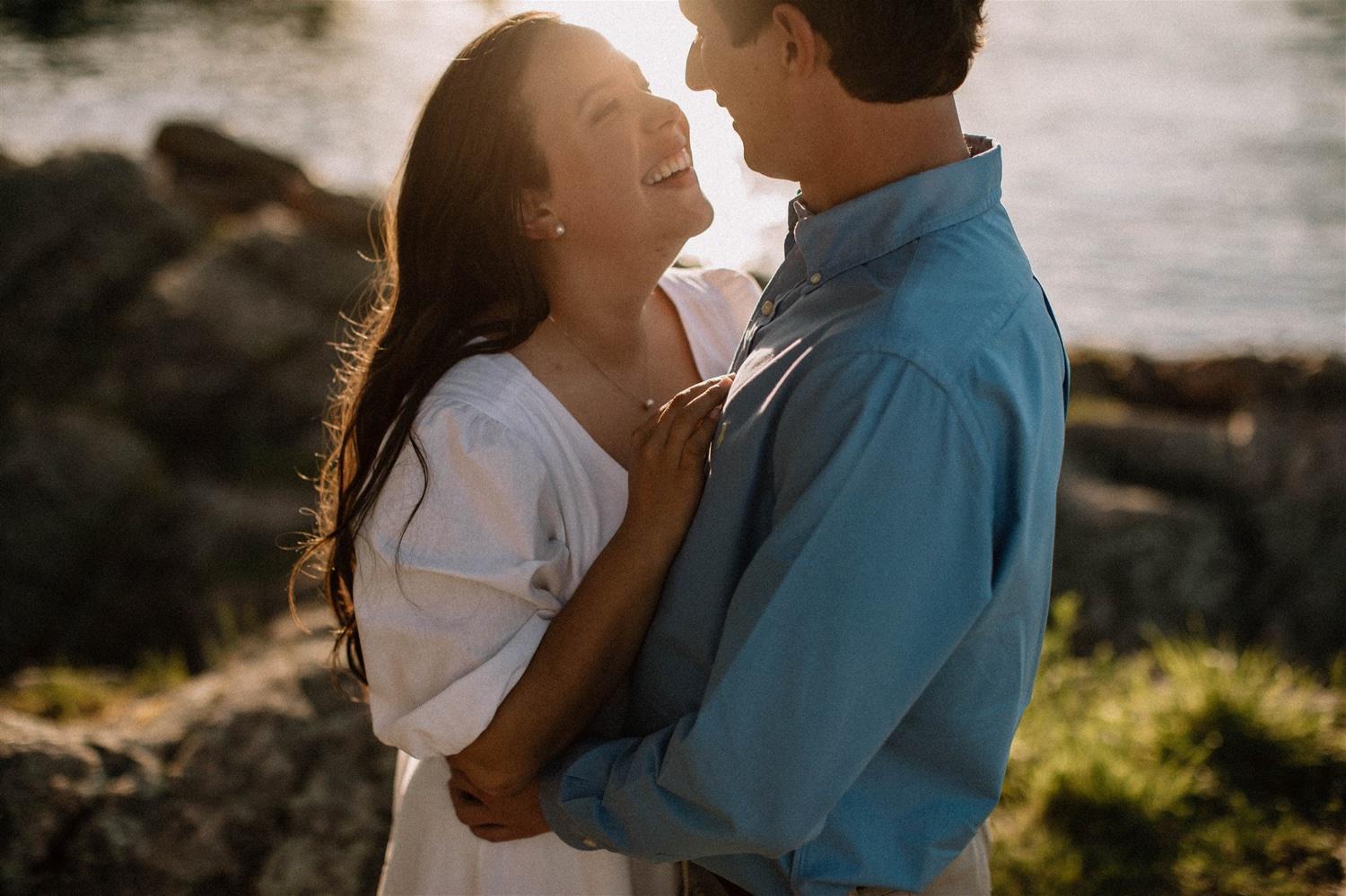 Sitting here on my dock enjoying a cup of hot coff

It has been a journey for Jessica and Tim. From a

Gosh am I ever thankful. We did it again @heather

“home is where love resides, memories are create